When Did Plasma Cutting Begin?

Plasma cutting was invented in the mid-1950s. Patent holders learned that by passing a high velocity superheated gas jet through a narrow opening, an ionized gas or plasma could be produced that could melt metal.

The primary method of thermal cutting at that time was oxyacetylene cutting. Operators needed to manually control the torch head by following a template, or the torch head could be mounted to a gantry-type tracking eye machine or a linear tracking rail.

Plasma cutting was not generally accepted by U.S. manufacturers and fabricators until the mid-1970s The reasons for the delayed popularity of plasma cutting can be attributed to

System costs, especially the price of the required gas.
The inability of the technology to match the level of thickness that can be cut by oxyacetylene.
Lack of public knowledge of plasma cutting capabilities.
Lack of programming expertise. 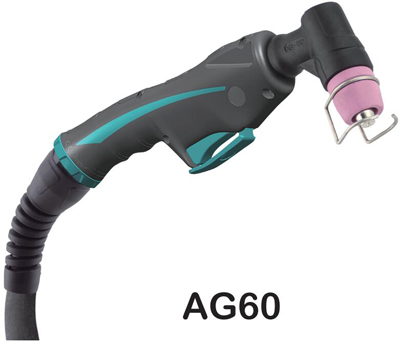 In the 1980s, plasma cutting became increasingly popular as more and more low-current systems began to be produced. Thinner metals could now be cut with plasma. Electronic torch height control was also introduced. Electronically controlled torch-to-work distance allowed the torch head to pierce the material further from the workpiece, thus minimizing wear and tear on wear parts and contributing to more accurate cuts.

CAD programs that could generate machine code became available in the late 1980s. CAD programs combined with PCs provided a simple solution for machine programming. knowledge of G-code programming was no longer the only source for programming machine controls. CNCs, which allowed programming on the machine, also became popular.

Also in the 1980s, Apple introduced the iconic user interface to computers, and soon after, Microsoft released the first Windows&reg; operating system to compete. Navigating the PC through text alone was becoming obsolete.

The 1980s encouraged some pioneering manufacturers to run machines directly from the PC. Many people who operated machines in this way found the user interface to be more user-friendly than basic commercial control software products.