Home >> News >> What Is Oxyfuel Welding And Cutting?

What Is Oxyfuel Welding And Cutting?

Oxy-fuel welding (commonly referred to as oxy-acetylene welding, oxygen welding or gas welding in the United States) and oxy-fuel cutting are processes that use gas (or a liquid fuel such as gasoline) and oxygen to weld or cut metal. French engineers Edmond Fouché and Charles Picard were the first to develop oxy-acetylene welding in 1903. Next, the  torch supplier  will share the following content with you. 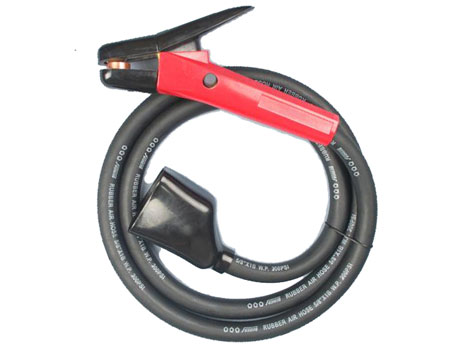 In the early 20th century, before the development and use of coated arc welding electrodes capable of making good welds in steel in the late 1920s, oxy-acetylene welding was the only process capable of making high-quality welds on almost all metals then used for commercial purposes.

These included not only carbon steels, but also alloy steels, cast iron, aluminum and magnesium. In recent decades, it has been replaced in almost all industrial uses by a variety of arc welding methods that offer higher speeds and, in the case of tungsten gas shielded welding, the ability to weld very reactive metals, such as titanium.

Oxy-acetylene welding is still used for metal-based artwork and smaller home stores, as well as where there are difficulties with energizing (e.g., via extension cords or portable generators). Oxy-acetylene (and other oxy-fuel gas mixtures) torches remain the primary heat source for hand brazing and brazing, as well as for metal forming, preparation, and local heat treatment. In addition, oxy-fuel cutting is still widely used in heavy and light industry and in maintenance operations.

In oxyfuel welding, the torch is used to weld the metal. The weld metal is produced when two pieces are heated to a temperature that produces a shared pool of molten metal. The molten pool is usually supplied with additional metal called filler. The choice of filler material depends on the metal to be welded.

In oxy-fuel cutting, a torch is used to heat the metal to its ignition temperature. A stream of oxygen then flows over the metal and burns it into metal oxide, which flows out of the cut as dross.

Torches that do not mix fuel with oxygen (but rather with atmosphere) are not considered oxy-fuel torches and can usually be identified by a single tank (oxy-fuel cutting requires two separate sources of supply, fuel and oxygen). Most metals cannot be melted with a single tank torch. Therefore, single tank torches are usually suitable for soft brazing and brazing, but not for soldering.